Cedarburg Bog contains important habitats for both breeding and migrating birds.  Breeders include both southern species such as Acadian flycatcher, willow flycatcher, and hooded warbler, and northern species such as golden-crowned kinglet, Canada warbler, northern waterthrush, and white-throated sparrow.  Thousands of migrants have been recorded using the varied habitats in both fall and spring, and the Bog has been the site of decades of field studies by researchers at the University of Wisconsin-Milwaukee Field Station. 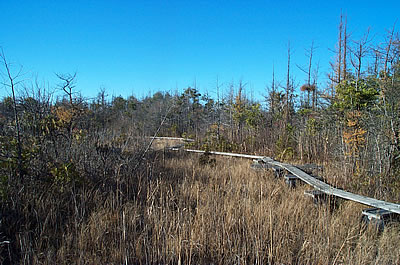