This IBA, located on private industrial forest land in Adams County, is home to the breeding sites for a pioneering population of the federally endangered Kirtland’s warbler, which has been documented as breeding here since 2007, with at least 61 young fledged as of 2012.  The site is characterized by extensive, mostly young red pine plantations with inclusions of jack pine, black oak, and northern pin oak, and scattered openings vegetated with Penn sedge, grasses, blueberry, and forbs. 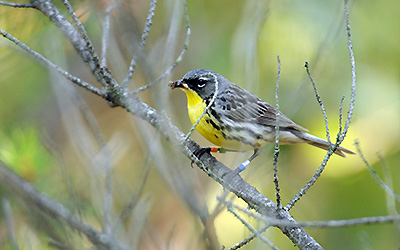